I thought of you all on Christmas day: after dinner I imagined you sitting round the table, and even had the vanity to think you might be drinking my health; I thought of you in the evening surrounding Mrs P’s cheerful fire; and when I thought of this I longed to be one of that happy circle.
Dorothy Wordsworth to Jane Pollard, 28 December 1788 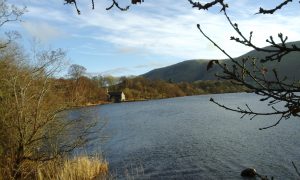 View of Ullswater. For most of the year the Marshalls lived at their house on the outskirts of Leeds, but from 1810 they spent their summers in the Lake District. 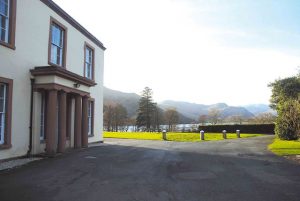 Over the Christmas vacation I was able to go and look at the spot on the banks of Ullswater where the Marshalls build a house in 1815.

In my doctoral research I am exploring the interactive nature of tour writing and how the intended audience can shape a travel account. In the last few months I have been increasingly intrigued by the friendship between John and Jane Marshall (nee Pollard) and William and Dorothy Wordsworth, specifically in relation to their tours of Scotland of 1803 and 1807.

In a letter of September 1807 Jane tells Dorothy how they have had her and her brother in their thoughts throughout their tour of Scotland, because of the account they have had of William and Dorothy’s 1803 tour. At the close of the letter, she assures Dorothy that of all the scenes they have encountered, nothing brings them more pleasure than thinking on the cottage at Grasmere and its inhabitants. Dorothy’s reply responds in a similar vein, agreeing that Roslin and Melrose are fine structures, but that places shared with friends are so much more dear to her – ‘but oh! how much more delight have I in the remembrance of Bolton in its retired valley, and the venerable Kirkstall!’

What struck me about this exchange is the way in which place is a means through which they can affirm their friendship, and share experiences even though they may not be together.

The ruins of Bolton Abbey, Wharefdale, Yorkshire, not far from where I live 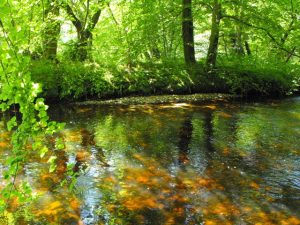 The River Wharfe at Bolton Abbey

Jane Marshall was Dorothy Wordsworth’s oldest friend, and their childhood in Halifax was something Dorothy looked back on fondly. However, from 1787 when the orphaned Dorothy left Yorkshire to live with her grandparents in Penrith, until the summer of 1807 it is probable that Jane and Dorothy met only once. Whereas the above correspondence was written not long after the friends had seen each other, Dorothy’s early letters to Jane (I have located none of Jane’s letters to Dorothy) were written in quite different circumstances.

Her letters were written to someone who was incredibly important to her, but also someone distant because she had not spoken to or set eyes on Jane for years. It brought home to me how reliant family and friendship networks were on the exchange of letters in the eighteenth century.

In their correspondence prior to their reunion in the 1790s, the places which Dorothy and Jane inhabit together can only be imagined or remembered. One particularly poignant letter of 23 May 1791 (when Dorothy is living with relatives in Norfolk), reads:

Oh! Jane how much pleasure do I expect from your society when our meeting takes place! how delightful will it be to look back upon those days which passed together, without any troubles but such as the promise of an hour’s play together would at once alleviate! We shall retrace the adventures of the baby-house, the little parlour (I now fancy I see Harriot’s shop fixed at one end of the long window-seat) the croft, the ware house, nay, even the back kitchen…I often figure to myself my old companions whom I left mere girls become women. You, I fancy tall and rather slender; Ellen I suppose, is not much altered, but Harriot, I think must, I fancy her a smart looking girl with a light, slender person…I think I must be nearly as tall as Patty Ferguson, certainly not quite so tall, I believe, however, I am much grown since my aunt saw me; if Mr Griffith comes to Forncett he shall have my weight and measure; you then can form an idea of me, and if he goes to Halifax before he visits Forncett pray send me yours, but indeed, by letter you may tell me your weight.

I have very much enjoyed reading Dorothy Wordsworth’s letters to Jane, and it has helped make real various aspects of the somewhat abstract academic discourse about space and place and borders.

As readers of historical texts we are also endeavouring to cross spatial and temporal realms to understand the lives of people in the past. The Curious Travellers project it seems to me, by encouraging people to walk in Pennant’s footsteps, offers us the opportunity to explore that dialogue between past and present.