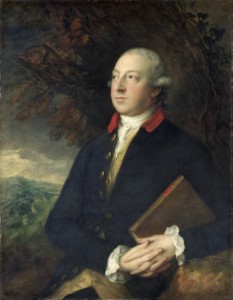 Thomas Pennant (1726 –1798) was a naturalist, writer and antiquarian well known for his published accounts of pioneering tours throughout the British Isles. He was born and lived at the family estate, Downing Hall near Whitford, Flintshire, in north-east Wales. He was educated in Wrexham and Oxford.

Pennant’s publications on natural history include such works as British Zoology, the History of Quadrupeds, and Arctic Zoology. He was a fine observer in the field, and collected specimens of plants, minerals, birds and animals. But his knowledge of the natural world also came from a wide international network of leading scientific figures of his day – his correspondents included figures such as Linnaeus, Joseph Banks and Gilbert White of Selbourne. He was a passionate antiquarian, with an interest in the Roman remains and artefacts around Chester and a deep curiosity about the British past. An enthusiast for economic improvement and a champion of burgeoning industry (he opened a lead-mine on his own estate) Pennant was politically conservative, becoming more reactionary in the decade of unrest after the French Revolution. His writings nonetheless reveal a thoughtful and generous-spirited man with a social conscience, who was deeply moved by the conditions of poverty he encountered on his travels. 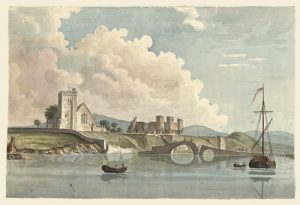 Pennant published accounts of tours in several parts of Britain, but he is best known for two consecutive Tours in Scotland made in 1769 and 1772, and the Tour in Wales, published in parts between 1778-1784. He travelled on horseback, on foot, and, in the Western Isles, by boat, and it is this immediacy of experience combined with his many and varied interests which make these tours such fascinating reading. Hugely influential on later travellers to Wales and Scotland, they are rich in observations and descriptions which bring the vibrant complexities of eighteenth-century Britain to life. His long-standing patronage of the artist Moses Griffith and others such as John Ingleby and Paul Sandby ensured that these written descriptions were matched with a superb range of landscapes and miniatures, many painted directly into lavish extra-illustrated versions of the tours. 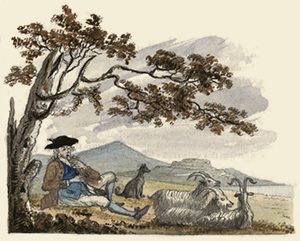 He was married twice, in 1759 to Elizabeth Falconer (d. 1764), and in 1778 to Ann Mostyn of Mostyn Hall, the adjacent estate to Downing. He had two children from each marriage, and his eldest son David inherited the estate. When he died at the age of seventy two he was a recognized literary figure – and had become, by a nice irony, a ‘feature’ on the itinerary of his own Tour.