Llansannan to Gwytherin – the (more or less) complete tour. 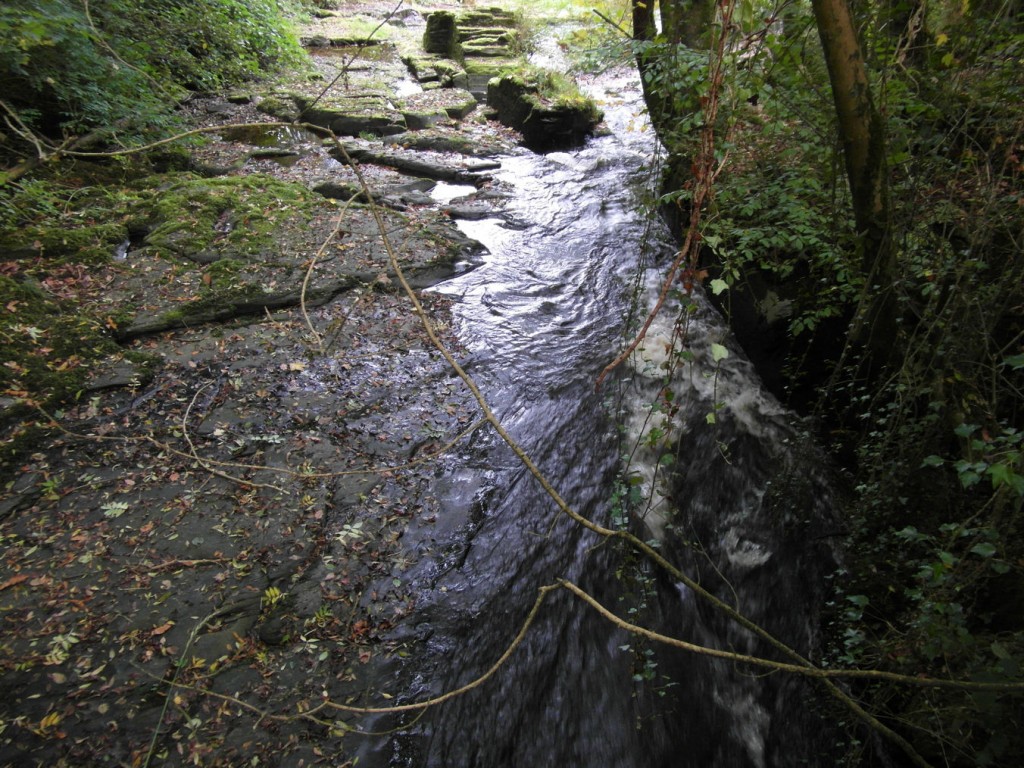 I rode down into Llansannan this morning (in the car) and then off and up along the road south.   Thomas Pennant is a bit sparing of the details of the route after his descent via Pen Aled to see the “horrible black cavern”. He mentions “Llyn yr ogo” (ogof? = cave), which isn’t on the modern map, but while writing this I have just found “Llyn yr Oror” much further upstream. It looks as if I identified the wrong horrible black cavern on my first visit. Curses, curses. I have known about the waterfalls on the Aled for a long time, but always assumed that the cataract at Felin Gadog was one of them. Pennant describes another waterfall further upstream “falling from a vast height, and dividing the naked glen”, so presumably he saw it himself. Llyn yr Oror and some of the several waterfalls on the river are now surrounded by Forestry Commission plantations, and difficult of access.

Comparing the 1840 O.S. map with the 1982 (1:25,000) version it is apparent that many of the 19th Century roads are now either lost or shrunken away to footpaths. Some of these might have been present in Pennant’s time, and he could well have taken a big loop to the south to regain the road to Gwytherin. If he had any sense he would have nipped back up to the high road as soon as possible. I did so, and although I couldn’t remember ever seeing the Forestry waterfalls from the road, I drove a little further towards Llyn Aled to make sure. They aren’t visible, and as the trees are being felled it would be extremely hazardous to explore further. I was a bit perturbed to see that Llyn Aled itself was two-thirds empty: it supplies our drinking water. 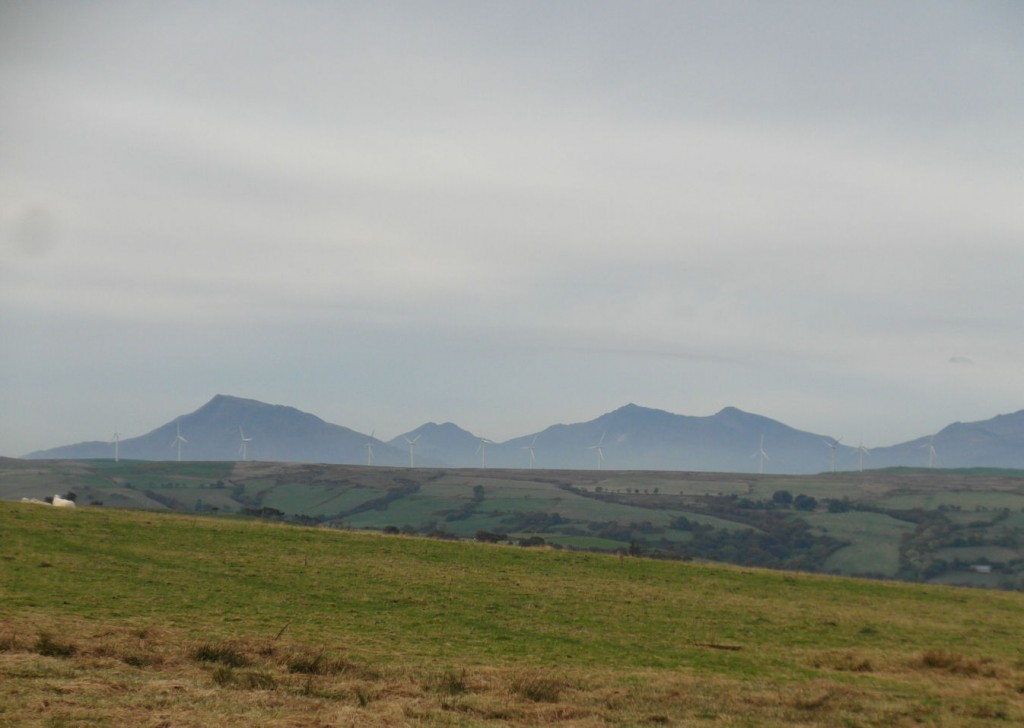 The view across the frith

It’s remarkable how densely populated is the intermediate land (the “frith”) between the valley and the moor. Many of the farms marked on the 1840 map still exist, and surely some were present in 1770. Most of the enclosure on the moor is modern, judging by the military straight lines of the barbed wire fences. However, in some places there are still traces of the old “clawdd”: irregular banks of turfed stone running in pleasing curves along the contours of the land. One such enclosure marks the road towards Gwytherin, and the old map shows a road to Hafod (y) Gau just where the Pilgrims’ Way footpath branches off. I parked my car at the junction, and set off down a very respectable cart track.

After Hafod Gau, I confess again to being a bit confused about Pennant’s route. The modern footpath cuts straight across improved pasture, with fences and stiles, and takes in a scarily steep descent to ford the Afon Rhydlechog. I can’t imagine an 18th Century gentleman risking his horses there if he had an alternative. In 1840 there was apparently a road looping a bit northwards, coinciding with a rather oddly shaped boundary on the modern map, and perhaps Pennant went that way.

What I am sure about is that Pennant wouldn’t have ridden across the fields (moorland in his day?) beyond the next farm, past the barbecue site and the donkeys in the field on the right, to join the road into Gwytherin. He would have passed down the lane and travelled two sides of a triangle, which is what I did on the way back to the car after a brief sojourn in Gwytherin to use the facilities kindly provided by the community. 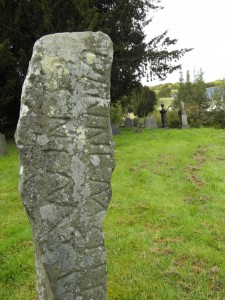 Short of a séance, or a look at Pennant’s actual manuscript notes, I think it’s impossible to reconstruct his exact route between Llansannan and Gwytherin. Some sections, including the descent past Pen Aled, are easy to identify. Others are completely untraceable, or unsafe. It would certainly be unwise to go looking for waterfalls in the middle of tree-felling operations. Still, I’ve followed the way as best I can and I did actually walk in Pennant’s footsteps down the steep, wooded dell to the river. Equally to the point, I have filled half a sketchbook with material to develop for the projected exhibition in 2016. With that in mind I shall have to get back into the studio in the next few days.