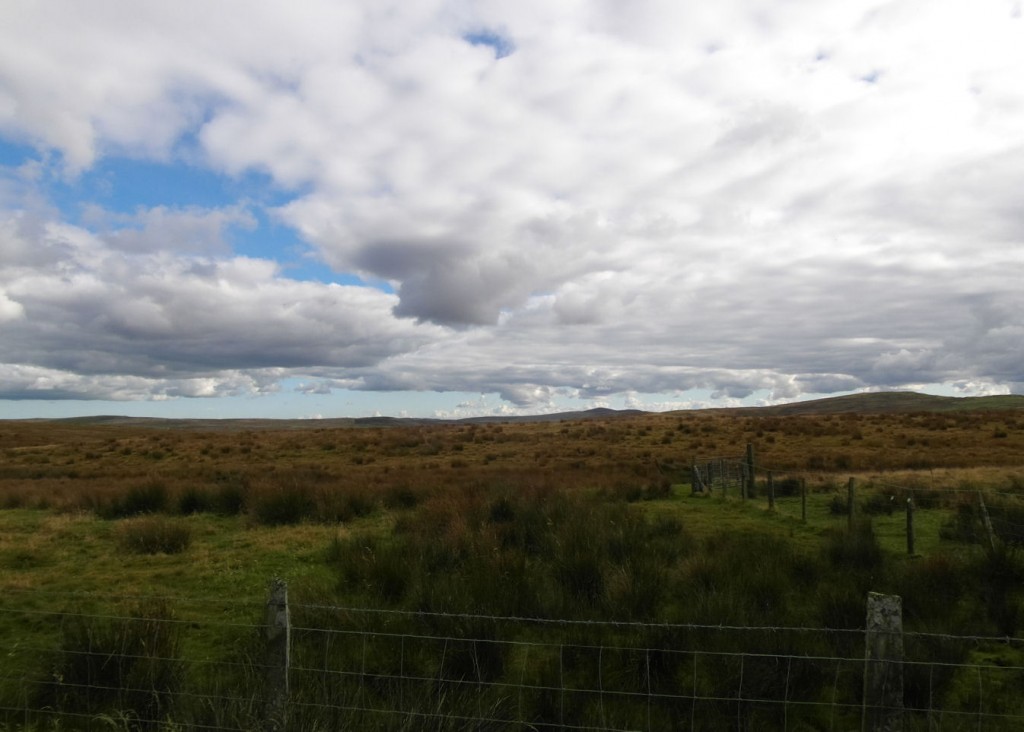 Llansannan to Gwytherin – another day of gentle pottering.

The second day investigating Thomas Pennant’s journey from Llansannan to Gwytherin, with a bit of his onward journey to Llangernyw.

In the spirit of travelling with curiosity, I approached Gwytherin from the “wrong” side, mainly because I do my shopping in a small town immediately due west. Once again a road marked on the map turned out to be an exaggeration, and I had to do a long detour across another “black and heathy” moor. In Pennant’s day this would surely have been a trackless waste; even today it is extremely bleak, a haunt of Welsh black cattle, ravens and wind turbines. Grid reference SH 855. 599 or thereabouts. Although not actually very high – only just over 400 metres above sea level – the road runs well above the tree line, with a single tantalising glimpse into the beautiful secluded valley at Pennant, along the valley bottom from Gwytherin. This is allegedly the site of Santes Gwenfrewi’s convent, and I can only assume that Thomas P. hadn’t heard about it, as the combination of the antiquity of the site and the name of the township would surely have been irresistible.

The modern road drops steeply into Gwytherin, and enters another world where the sun is shining on beech and oak woods. The hanging woodlands of North Wales are a poor remnant of what they once were, but still numerous enough to give a particular character to the landscape. The weather is still good and it’s a little early for the full-on autumn spectacular, but the leaves are beginning to “turn” with the colder nights. Today’s factoid: the Welsh for Indian Summer is “Haf bach Mihangel”, – (Saint) Michael’s little Summer. Sounds much prettier, I think. 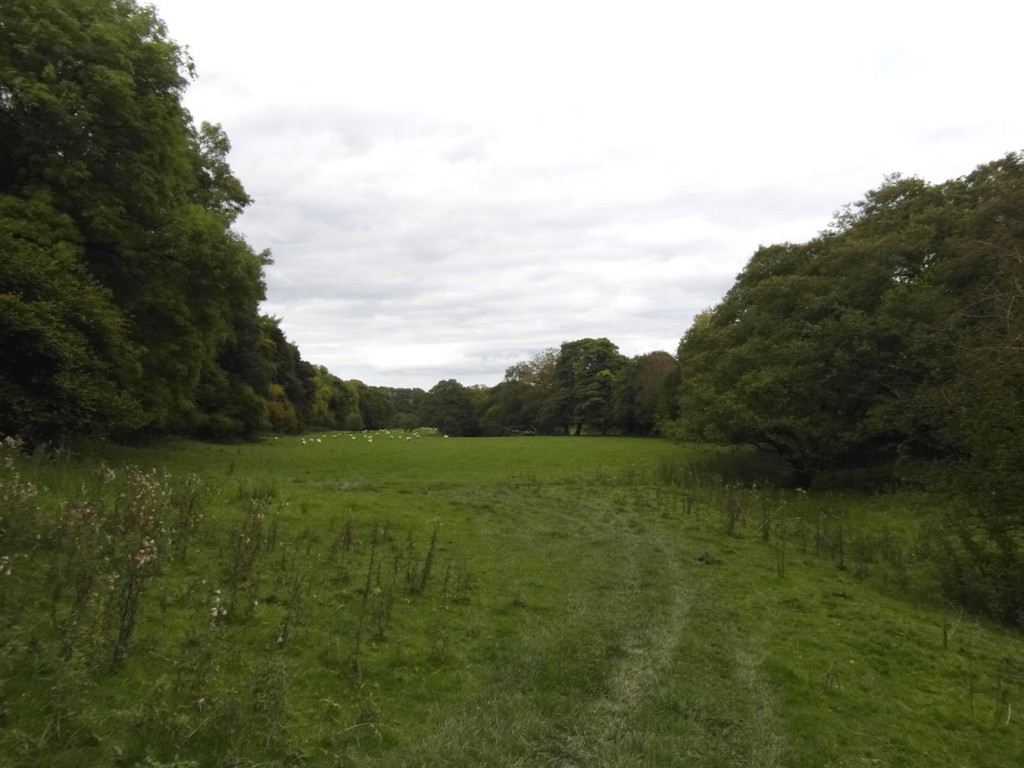 Gwytherin is well off the beaten track, even if you come the easy way down the B5384. It’s probably in a time warp, as it always takes much longer to arrive than it does to return. When I first came here there was still a village shop+post office and a busy pub: now there is no shop, and the pub has undergone many reincarnations. At the moment, it’s a “boutique B&B”, and it’s for sale.

The village church stands on a very ancient site, but the present building is Victorian and is now deconsecrated. It’s in private hands, the owner having bought it to save it from being unroofed and left desolate. She started the Gwenfrewi Project to keep it going and runs exhibitions and concerts among other things (www.thegwenfrewiproject.co.uk ). Santes Gwenfrewi (=St. Winifred) was buried in “the saints graveyard” on the site, in company with her aristocratic and holy relatives, but was later disinterred and carted off to Shrewsbury. For more details, see the Brother Cadfael stories by Ellis Peters.

I couldn’t find the “antient gravestone” examined by Pennant, but the “four rude upright stones” are still standing by the north wall of the church. One of them has a virtually illegible inscription in Latin which is supposed to be from the 5th or 6th Century. 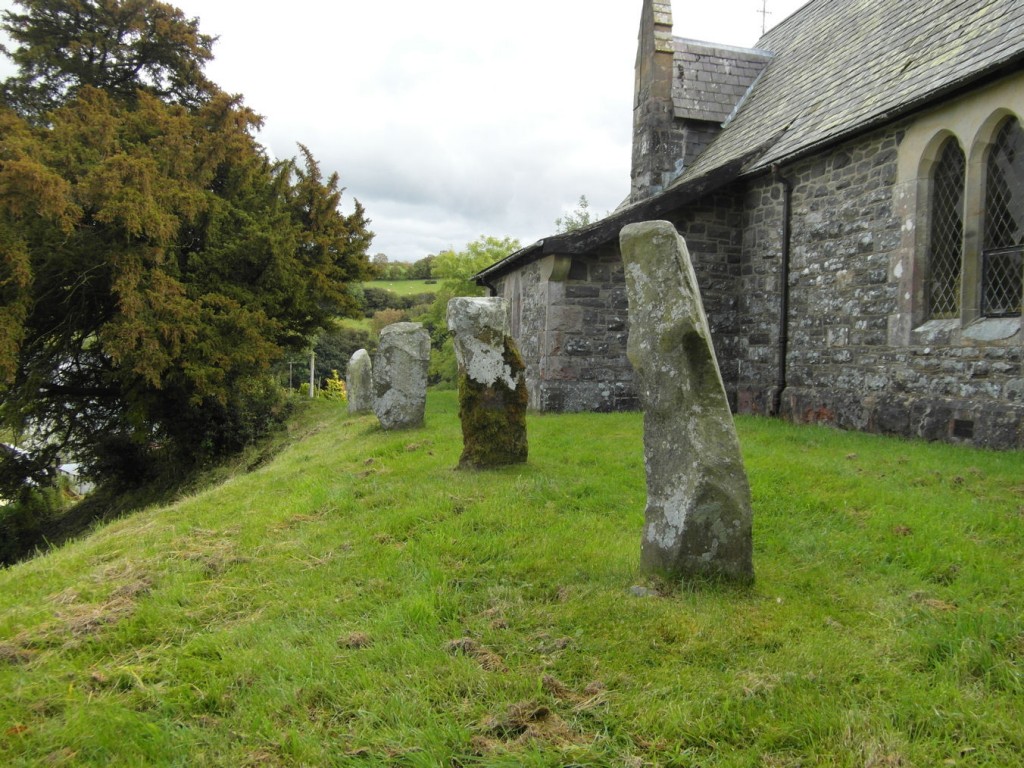 Pottering on, I am a little puzzled as to Pennant’s exact route out of Gwytherin. I have re-read his account since my first post here, and he doesn’t actually mention going to Pandy Tudur. The Pilgrims’ Way passes through, but this may partly be to avoid walking on the roads. The quickest way to Llangernyw nowadays would be to take the B road which runs straight along the ridge. It doesn’t seem to be present on the 1840 Ordnance Survey map, and Pennant writes that he “followed the course of the Elwy by Havodynos.” Actually, sir, the river only becomes the Elwy once it flows beyond Llangernyw. So, did he ride over to Pandy Tudur and then along the Afon Dyffryn Gall, which becomes the Gallen, which joins the Cledwen and becomes the Elwy? Or did he meander along the valley of the Cledwen straight from Gwytherin? I had a meander there myself today, and the river runs alongside lanes and footpaths, most of which seem to be in good order and well marked. However, this route adds almost two miles to the journey which will make the logistics of getting home a bit tricky. In other words, I won’t be able to get from Gwytherin to Llangernyw in time to catch the bus.

I think I will continue to be a Curious rather than a Rushing-to-do-it-all-at-once Traveller, at least for the time being, and will carry on exploring. Tomorrow I will try to complete the Llansannan to Gwytherin stage across the dark and heathy mountain. 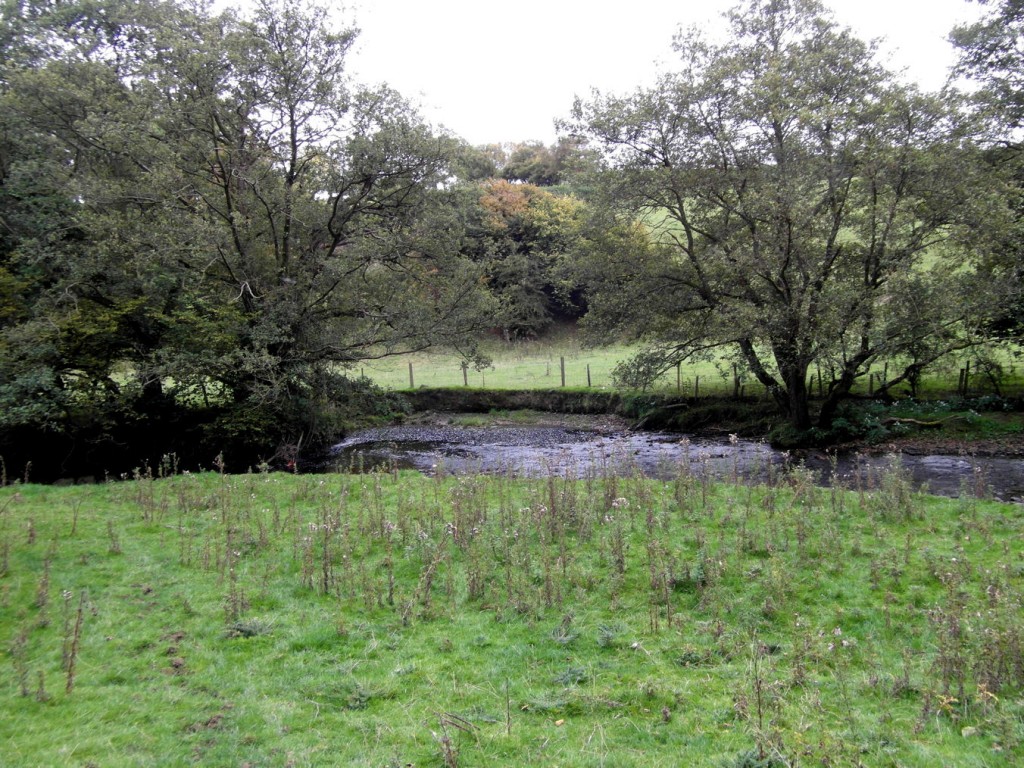