October 16th (with a little bit of October 15th)

Today’s Curious Travelling took me back to Gwytherin in the car. I made a deliberate decision to go beyond Thomas Pennant’s itinerary and drive along the Afon Cledwen, upstream towards the alleged site of S. Gwenfrewi’s convent. My friend, the owner of the church in Gwytherin, tells me that research suggests the religious foundation was probably on the site of the present churchyard. The story about the abbey being near Pennant township may have grown up after an 18th Century minister used the stones from the demolished chapel to build his own house up the valley. If so, perhaps the tale had not yet been told when Thomas Pennant visited Gwytherin: Mary-Ann, in her lecture, pointed out that he was an obsessive collector of facts – I’m sure he wouldn’t have missed a story like this if it had been current.

Old ford over the Cledwen

My non-authentic detour was, however, entirely worthwhile. The cwm is one of the most breathtakingly beautiful places I have ever seen. I have no intention of trying to describe it beyond saying that it is a tiny but fertile river valley, bordered with high, wooded hills, and completely silent apart from the sounds of the river and the ravens. It is not uninhabited, and the township (four or five farms) seems not to have changed since the O.S. map was published in 1840. Traces of old roads can be glimpsed, lichen hangs from the trees in the clear air, and the blackberries are delicious. I was so entranced, I forgot to do any drawing. 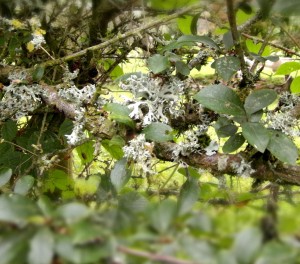 Lichen in the clean air

So, reluctantly, onwards and upwards to Llangernyw. (I know it’s downstream, but it doesn’t feel like it.) Having collected my new glasses today, I can make out a road along the ridge on the 1840 map; a combination of grime on the specs, cross-hatching on the downloaded image and pixelation on the computer screen made it difficult to distinguish beforehand. Was the road accessible in 1770? Did Pennant ride over the ridge and down along the Afon Gallen under the impression it was the Elwy, or did he take the more obvious route along the Cledwen, ditto ditto? No idea. I elected to take low road along the Cledwen, and I think it will be better to do it on foot with shortcuts along the paths. The single track lane weaves in and out and up and down and then takes a dog-leg to avoid a farmhouse, whereas the paths take a more direct route – some of the time.

Appropriately for this project, Llangernyw is the birthplace of a Professor of Moral Philosophy at Glasgow University. Henry Jones, later knighted, provides a classic example of Victorian determination and triumph over adversity. He learned his father’s trade of shoemaking, studied after work to gain a scholarship and rose to be a respected promoter of higher education and a Companion of Honour. The conservative (small ‘c’) Pennant might not have approved? 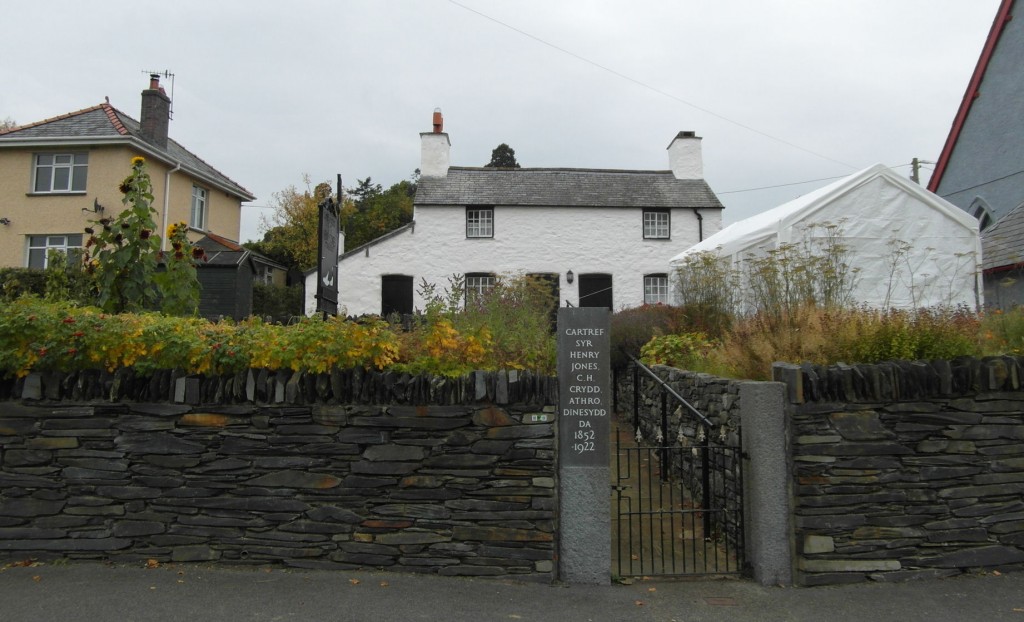 Llangernyw is also famous for being the possessor of one of the oldest living things in Europe: a yew tree believed to be at least 4,000 years old. It would have been over 2,000 years old when the original church was built next to it. The present church is charming and contains some old grave slabs – in the gloom, I could make out a date of 1612 on one of them. Pennant would probably not have been impressed by anything so modern. Under the yew tree is an old gravestone reading simply “J ROBERTS SOLDIER”. Who? Was he visiting Llangernyw, perhaps with a recruiting party? – or merely passing through after one of the many European wars? Someone will know.

Someone will also know whether Hen Llys on the back road between Llangernyw and Llanfair is the one mentioned by Pennant as the “large moat” (motte? moat?) of Hedd Molwynog. My next door neighbour is a good source of local knowledge, and I shall ask him. 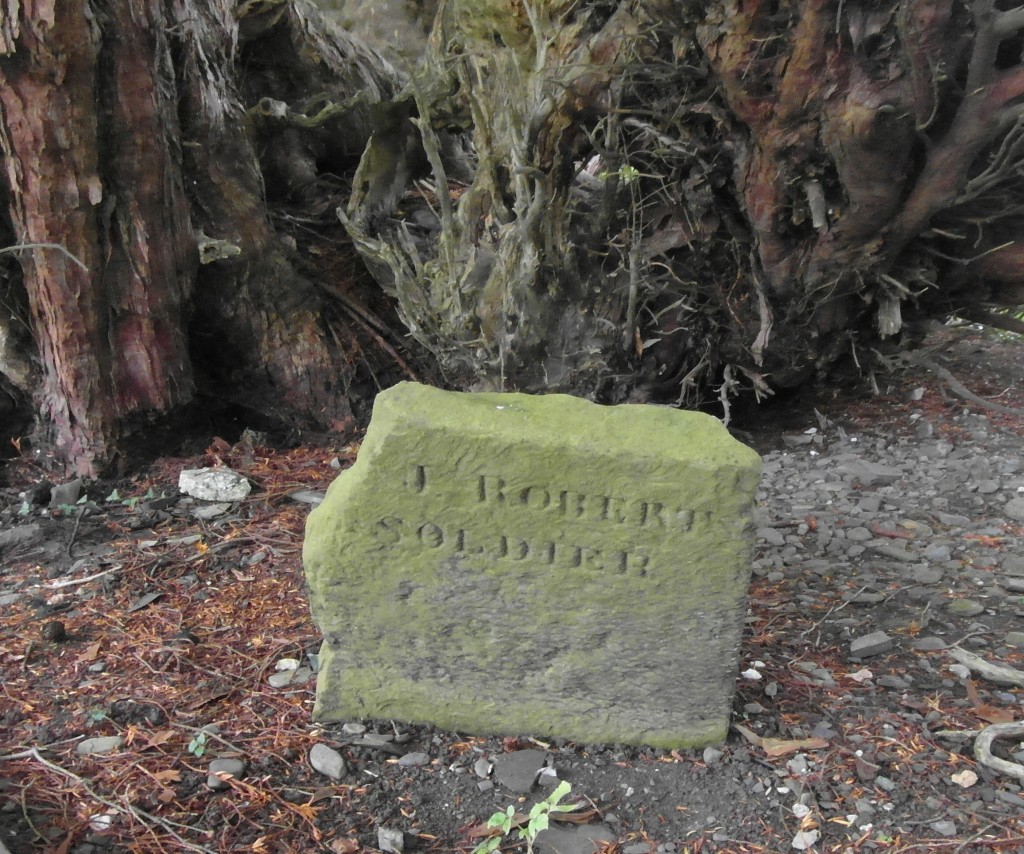