Reconnoitring the route – Llansannan to Gwytherin. 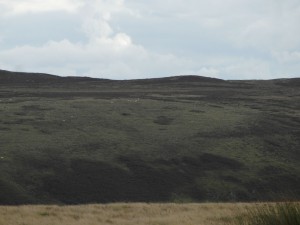 A black and heathy mountain

As my late father used to say, time spent in reconnaissance is seldom wasted. Looking at the O.S. map in conjunction with Thomas Pennant’s text, it seems obvious that he took the high road south from Llansannan and rode along the ridge to the moors with a detour down to the River Aled on the way. Then he must have carried on to Gwytherin along what are now moorland tracks. With this in mind, I decided to drive into Llansannan, walk around a bit, and then drive as far as possible along the metalled road to inspect the likely footpaths.

Driving the three miles to Llansannan, I did at least keep to the old roads which have an appropriately 18th Century covering of muck in some places. Aptly, there was discussion about travelling on the car radio and Shearings Coach Tours were whizzing down the main road. I beat them to the village by driving very sedately down the old lane.

St. Sannan’s Church has been rebuilt since Pennant visited it, and I struggled to find any tombstones which might have been in the Churchyard in his day. I did find the grave of one aged lady who died in the 1850s and would have been a newborn baby in 1770. The memorials inside the Church are all post-1800. The current Visitors’ Book contains names of people from all over the world, including many who just record themselves as “pilgrims”, i.e. walking the North Wales Pilgrims’ Way. I duly adorned my sketchbook with the official Pilgrims’ Way stamp and set off on my wanderings. 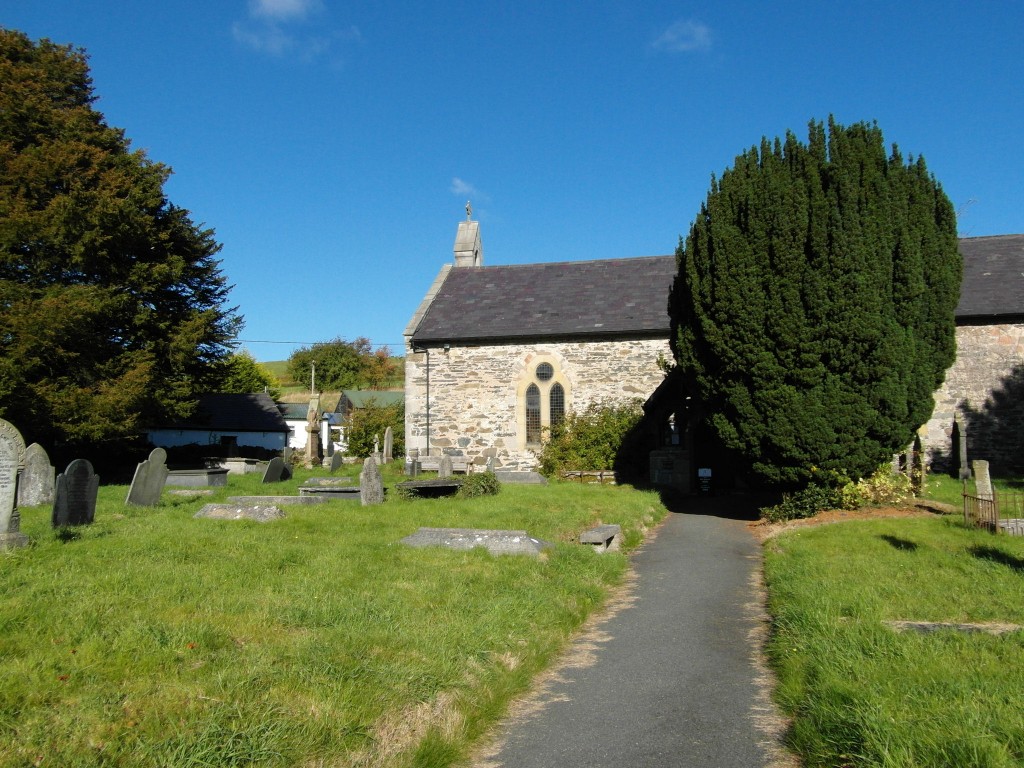 I have walked along the River Aled before, and know a good spot for lunch. I therefore planned to walk upstream and then ascend the “very steep wooded dell” to Pen Ared/Aled, in the opposite direction taken by Pennant. The “horrible black cavern, overshaded by oaks” is still there, but the right of way through the wooded dell seems to have vanished (although the lane is still marked on the O.S. map). The lane is straddled by the forecourt of Felin Gadog, an old watermill which Pennant doesn’t mention – perhaps it post-dates his tour. It’s now a private house, with a very large barking dog running around the garden. The river rushes past, down a rocky channel, and is a very fine sight.

A Digression upon The Sublime (cribbed from my B.A. Fine Art dissertation):

The Sublime: a fashionable preoccupation of intellectuals and artists from the mid 18th Century onwards, influencing writers and tour operators up to the present day.

Edmund Burke wrote the definitive account of The Sublime (note capital letters) in 1756, and identified it by its ability to cause extreme emotion in the onlooker, tantamount to a fear of sudden death. This he called “astonishment”, a word which has changed its meaning somewhat in the last 260 years. He actually meant “that state of the soul, in which all its motions are suspended, with some degree of horror”. In other words: OMG.

Burke’s principal causes of Sublime emotions are: vastness (or vacuity), obscurity, silence, privation and darkness. The torrent flowing over the rocky bed of the River Aled certainly ticks 3 out of 5 boxes, and I humbly offer the roaring of the water as a sixth cause of suitably Sublime sensations.

Back to the present: feeling the privation due to lack of lunch, I unpacked my rucksack, and realised I had left my camera in the car.

However… after walking back to Llansannan, I picked up the car (plus camera) and drove along the high, straight road to Gwytherin taken by Pennant. The entrance to the lane down the steep wooded dell is quite plain, and bears a sign stating that it is unsuitable for motors. So: park the car on the verge, and wander nonchalantly down the lane carrying map and sketchbook. And camera. A gate bars the way at Pen Aled, and a farmer is doing something to a flock of sheep. We get into conversation; he knows about Thomas Pennant – and he opens the gate for me. 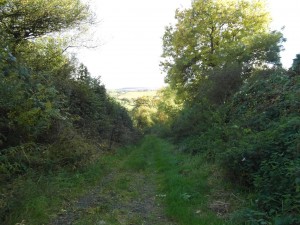 And, my word, the lane certainly is steep. It is also authentically unsurfaced and slippery. However, I am practically floating and pathetically proud that my efforts to (sort of) learn Welsh have paid off once more. Here I am, genuinely walking in Pennant’s footsteps, down towards the hanging woodland in the valley bottom and then slowly back up again into the 21st Century. The photographs really do not do justice to the declivity.

The final stage of today’s reconnaissance was almost as satisfying: the point I had identified as being a suitable place to leave the metalled road and walk across the “black and heathy mountains” to Gwytherin turns out to be an official Pilgrims’ Way path. This ought to mean that the way is accessible, and not blocked with barbed wire or new barns. The walk from Llansannan to Gwytherin will certainly be possible in one go. 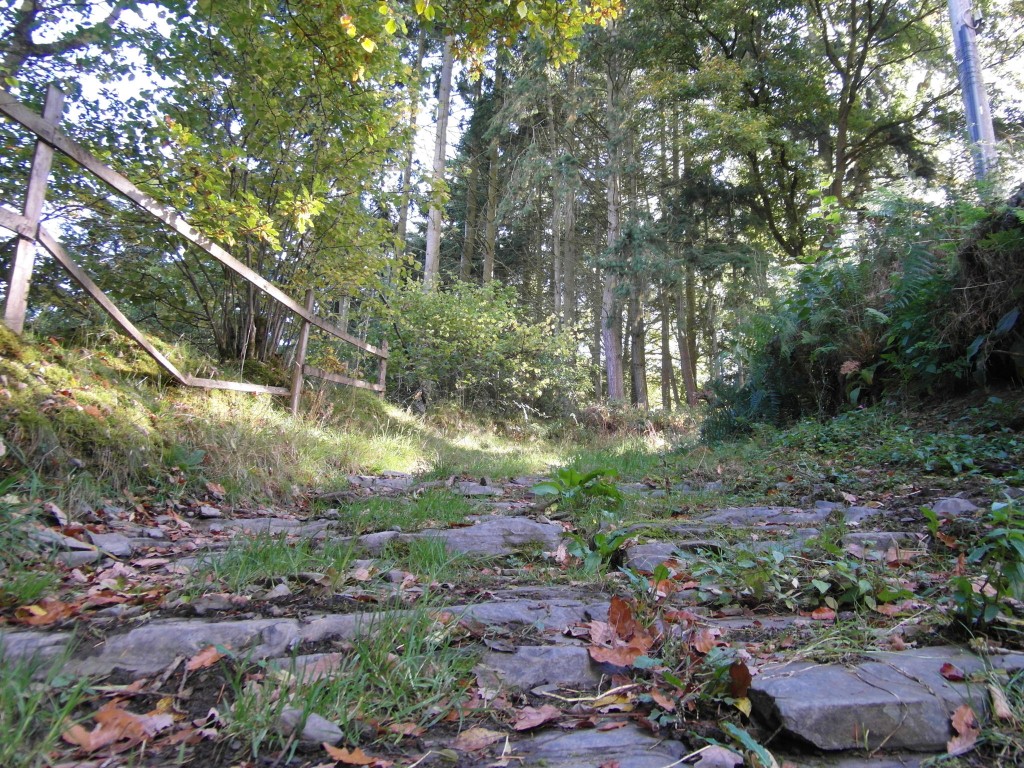