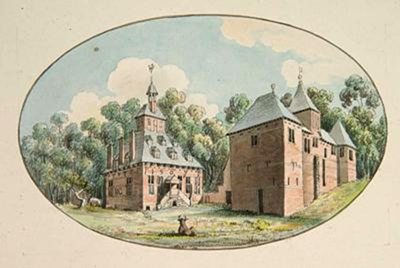 Tremeirchion; home and final resting place of Hester Thrale Piozzi, Pennant’s lively and controversial kinswoman, and the daughter of John Salusbury, who gave him his first ever book on natural history. Caught between a staff photograph at work in Aberystwyth and a rendez-vous up in Holywell with the Thomas Pennant Society, we only had time for the most petit of petty tours, though it was not without incident. Tremeirchion gets a page or two in the Tour in Wales, and Piozzi featured in the talk I was due to give that evening and in a book Liz is writing, so it seemed appropriate to go and pay our respects.

Honey-coloured autumn sun had made the journey up feel like one long painting by Richard Wilson; but as we reached the celebrated Vale of Clwyd things were already greyer, more indistinct. We were underprepared; parked hesitantly at the end of a long straight lane down to where ‘half buried in woods, the singular house of Bachegraig’ sits tucked into a fold of the Clwydian hills. It is an extraordinary building, though perhaps less ‘singular’ since renovation than when first built by the Elizabethan merchant Sir Richard Clough (or, according to Pennant’s local informants, ‘by the devil, in one night’). The original Salusbury home,‘poor old Bachygraig’ was already much decayed by the time Hester Thrale and Dr Johnson visited in 1774; Hester’s second husband, the Italian musician Gabriele Piozzi, would spend a fortune doing it up. There’s something daunting about approaching buildings that sit looking at you from the end of a long straight lane, so we decided to start at the church, find the Salusbury vaults, and take it from there. 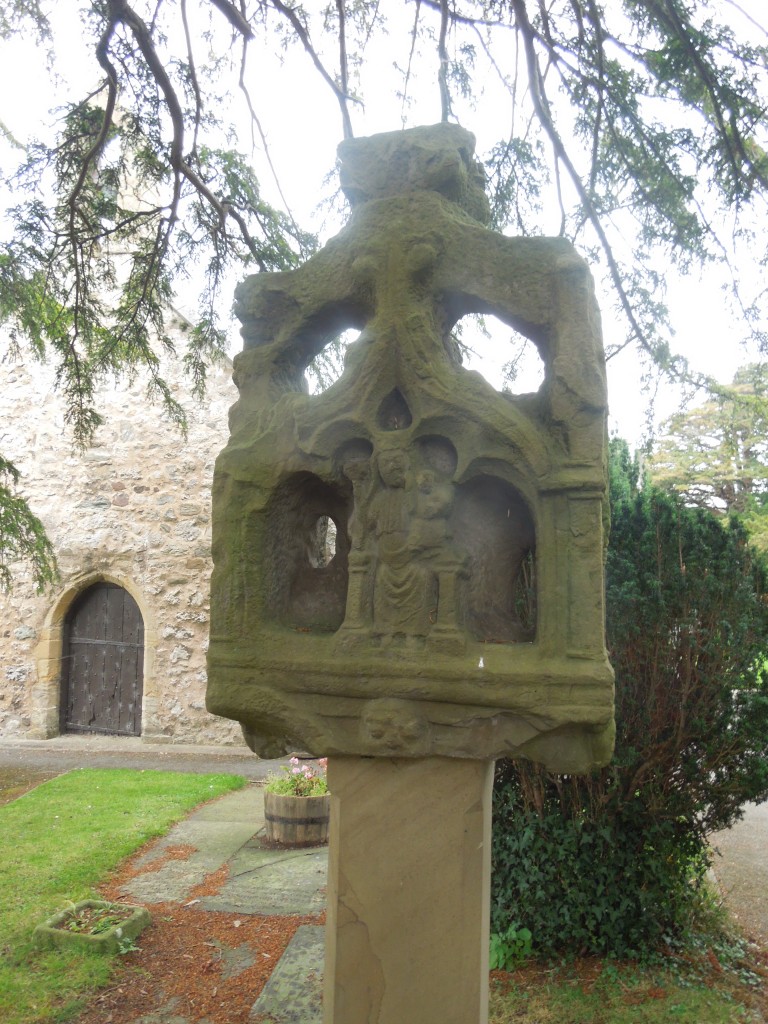 Liz made me slow the car to a crawl and pointed out, on our left, glimpses of Brynbella, the Piozzis ‘elegant small villa’ – a tasteful response in cream to the red jumble of the ancestral pile down the road – built in 1794 after the couple’s Italian tour. Liz had already seen inside on a previous visit, and now was not the moment to try our luck, so we carried on, looping the steep-sloped village twice before we finally located the church at the top, flanked by a charming school and an equally charming pub (which, alas, we did not have time to investigate). The churchyard, shaded by ancient yews in the approved fashion, houses the recently-restored Tremeirchion cross ‘celebrated for its miracles’ and described in a Welsh poem of ca 1500; in Pennant’s time the structure of the cross was already ‘demolished, but the carved capital is now to be seen in a building adjoining to the church-yard’. Inside, near a tomb identified by Pennant (probably incorrectly) as that of the C14th ‘prophet and poet’ Dafydd Ddu Hiraddug, we found the plaque commemorating ‘Dr Johnson’s Mrs Thrale’, and wondered how she might have felt about that. 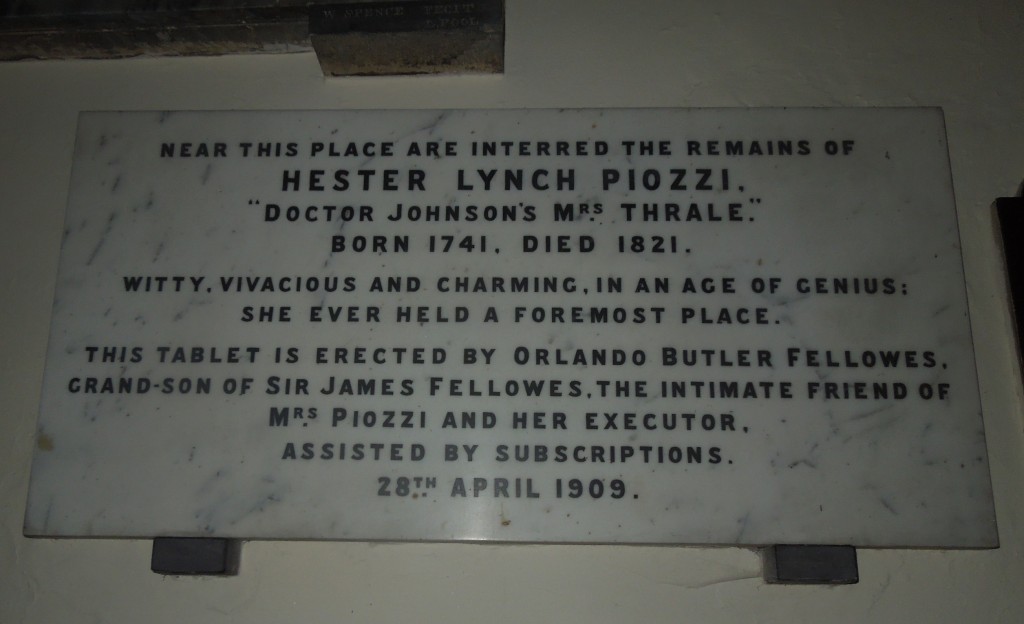 Our walk started just over the road from the church and took us across fields of cows. One had just given birth and stared at us anxiously, occasionally nudging her spindly, drunken, yellow-slimed calf, who fell over again and again. We looked anxiously back. Walked slowly. Hoped they would both be OK. The field sloped down steeply towards Brynbella – more glimpses of cream through the trees behind the solid estate wall – and we missed the stile onto the road, had to push our way through a gap in the edge into a sunken lane full of tangled branches. We headed down the road to the next foot-path sign, turning up left at a neat cottage whose owners were keen to make sure no walkers veered off the dotted line onto their property. Bright yellow signs made things extremely clear: THE CAVE IS NOT ON THE PUBLIC RIGHT OF WAY and WARNING! DO NOT FEED THE ALPACAS THEY MAY SPIT AT YOU OR BITE YOU.We hadn’t spotted the cave on the map, but sure enough, there it was across the dip, looking grotto-like, and mysterious, and suddenly rather inviting. And there too were the alpacas, grazing peaceably beneath the rocks under rapidly-greying skies. Constrained by time and good manners – and aware that Piozzi and Pennant had a long-drawn-out and surprisingly acrimonious dispute about boundaries and permissions to walk on land adjacent to part of the Downing Estate – we did not stray. The only thing that spat at us was rain. 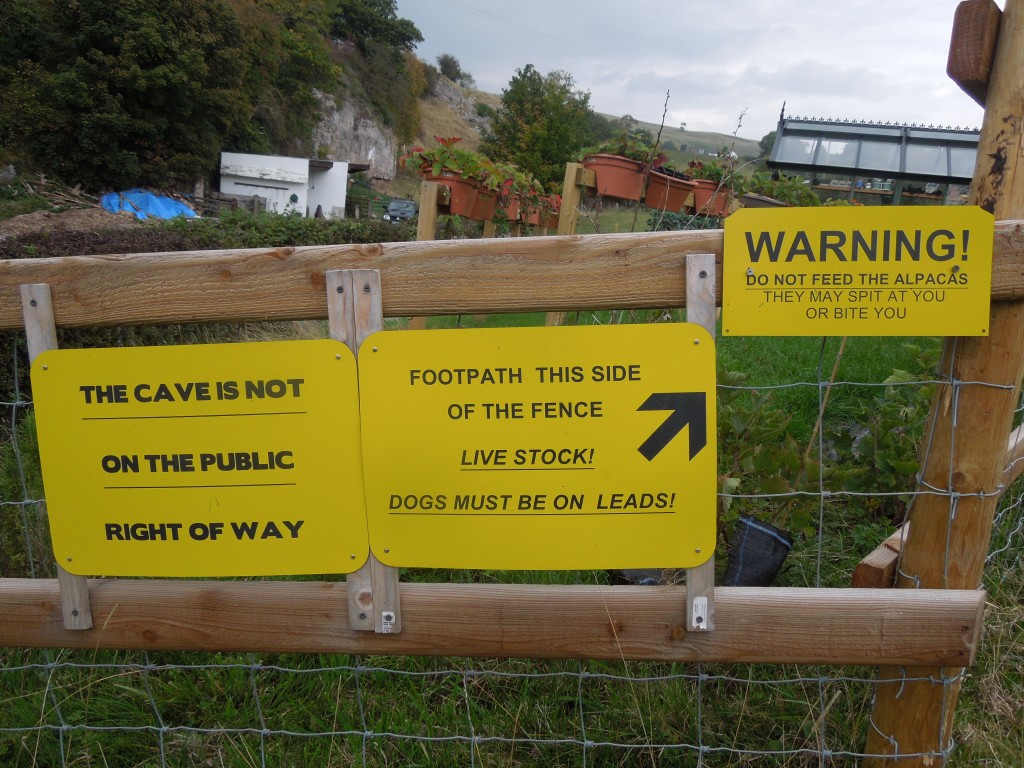 DO NOT FEED THE ALPACAS

We climbed on up the hill to look down beyond Brynbella, across the flat and fertile Vale of Clwyd over to Denbigh and the westerly mountains beyond. This is a Tory landscape, said Liz; it’s all about power and property, about dominion. In 1795, when war and bad harvests caused bread riots in Flintshire, Piozzi looked down from these heights towards Denbigh and trembled at the ‘strong Dispositions towards Rioting [..] they have threatened to stick poor Pennant’s Head upon a Pike – What Rascals! His Literature, his Virtue, his Piety, – his Charity & perpetual Almsgivings will not perhaps secure his Safety and his Peace.’ Pennant himself (presumably agreeing with his kinswoman that Literature and Virtue might not be an adequate insurance policy should push come to shove) was busy raising troops for the Flintshire militia and establishing the first Welsh branch of the ‘Association for Preserving Liberty and Property against Republicans and Levellers’. 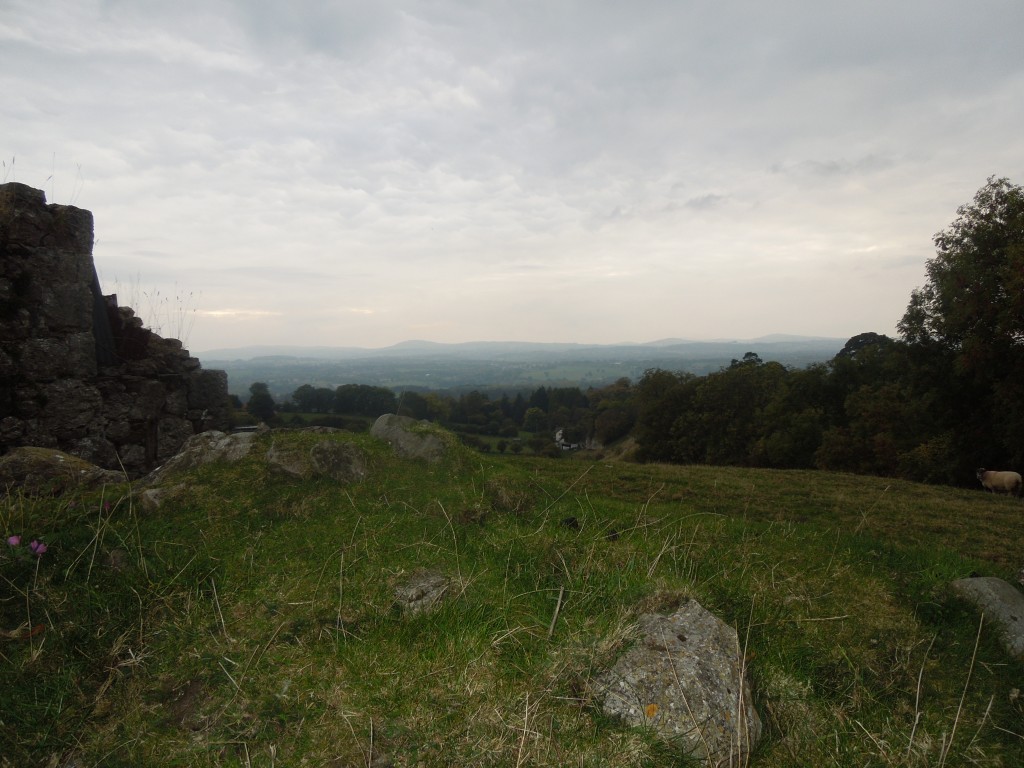 Above Brynbella, looking west across the Vale of Clwyd

From the top of the hill with its pale grey limestone outcrops we crossed another field full of cows and cowpats. Back at the car, with the rain now gathering force, we removed damp jeans and slurried hiking-boots and became more-or-less respectable professional women again. The Committee of the Thomas Pennant Society gave us a grand welcome at the hotel; and later that evening sixty-odd engaged and attentive people came to hear about ‘Thomas Pennant’s Women’ in Holywell Public Library – a warm, hospitable place, a place of community and the exchange of ideas, still functioning in the cold face of austerity. We felt honoured to be there.