As soon as I started to read Thomas Pennant’s account of journeying through Wales in the eighteenth century, I was hooked. Every page bore witness to his lively and enquiring mind and the diversity of his interests and investigations. The extent of his travels, on foot and on horseback, was astonishing and when I then came to read the account of his visit to Tre‘r Ceiri, the atmospheric hillfort on the easternmost peak of Yr Eifl on the Llyn Peninsular, I knew that this was the location that I wished to evoke in film.

I had visited Tre‘r Ceiri just once before. I climbed up the steep pathway from Llanaelhaearn on a hot summer’s day to find an extensive and well-preserved settlement at the top of the mountain, which was beyond my wildest expectation. Who were the people who, with their sheep and their cattle, had occupied the many stone huts in this lofty place overlooking the Irish Sea two thousand years ago? I could almost hear their feet ringing on the distinctive, flat flakes of stone. Pennant names the place as  ‘Tre‘r Caeri, or, the Town of the fortresses’, but local legend has it as ‘Tre‘r Ceiri’, the dwelling place of red-headed giants!

Pennant had approached from the West, having first explored ’Nant y Gwytherin, or Vortigern’s Valley’. He describes this as being ‘embosomed in a lofty mountain, on two sides bounded by stony steeps, on which no vegetables appear but the blasted heath and stunted gorse; the third side exhibits a most tremendous front of black precipice, with the loftiest peak of the mountain Eifl soaring above.’ On the occasion of my next visit, I intend also to approach from the west, while keeping Pennant’s description in mind.

On arriving at Tre‘r Ceiri, Pennant was amazed: ‘On the Eifl is the most perfect and magnificent, as well as the most artfully constructed British post I ever beheld.’ He describes the construction of the huts as being ‘of various forms; round, oval, oblong, square’. This evolution of form is now regarded as evidence for the different phases of occupation, the later, more rectangular enclosures dating from Romano-British times having developed from subdivisions of the original circular huts. Apart from their buildings, the inhabitants of Tre’r Ceiri left almost no traces of their society. Tantalisingly few objects which would enable us to glean any insight into their way of life have ever been found.

The Curious Travellers project has presented an impetus for me to re-visit Tre‘r Ceiri, but I am writing this first contribution to the blog while all is still in the imagination and much may change. In that imagination the setting and content of the film has already crystallised into an evocation of light on the longest day of the year, the summer solstice.

As a celebration of light, Midsummer was a time when beacons were traditionally lit on hilltops and animals were driven through purifying fire. In the Christian tradition, this light is represented by St John, whose feast day, 24 June, is coincident with the summer solstice. The herb which bears his name, St John’s wort (hypericum perforatum), was thought to ward off evil and hung over doors and windows at this time. From the time of the ancient Greeks the plant was considered to have magical properties and amongst other things, has been used to combat depression. Yarrow, likewise, used since ancient times for healing wounds, was burnt on the Eve of St John as a protection from disease during the forthcoming year.

While pondering on these things, my mind turned to a visit made to a reconstructed lake dwelling, Araisi, in Latvia. The site had been occupied since prehistoric times, but the excavated dwellings in the lake had been rebuilt upon their ancient foundations and in one of the structures, bundles of herbs gathered from the adjacent meadows hung from the timbers of the roof. 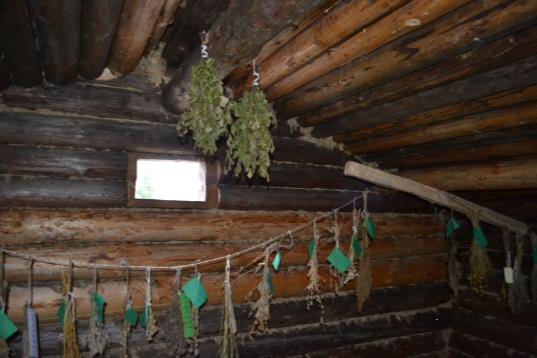 By great good fortune, both St John’s wort and yarrow grow in my garden, though neither are currently in flower. I shall be interested to see whether they are in flower at midsummer, as I wish to draw on their auspicious associations by gathering bundles for my filming expedition. 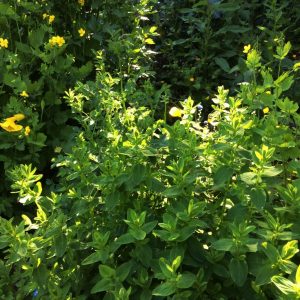 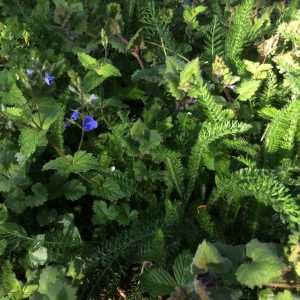 An associated interest in plant material, developed for other projects in the past, is its use for making paper. The results are not necessarily recognisable as paper, in that one would be hard pressed to write or draw upon it, but, nevertheless, the paper-making process is employed and some interesting results can be obtained. I have to date made paper from moss, seaweed and grass with good results and, as part of this project, intend to experiment with St John’s wort and yarrow.

The next step in my involvement with the Curious Travellers will be for me to assemble my filming equipment and make a planning expedition. I need to re-acquaint myself with the approaches and lie of the land in order to prepare for midsummer. Exciting times!