The public may thank him for numberless scenes and antiquities, which would otherwise have remained probably for ever concealed

Moses Griffith, whose work adorns this website, was born at Trygarn, Bryncroes, in Caernarfonshire on 25 March 1747. He attended the Free School at Botwnnog, but seems to have had no further education. By 1768—if he is the ‘lad from Llŷn’ referred to in a letter from Owen Holland to Thomas Pennant—he was employed by Lady Bulkeley at Baron Hill on Anglesey to draw specimens for her natural history collections. By the following year he was working for Pennant at Downing: his relationship with the family would last for decades. It 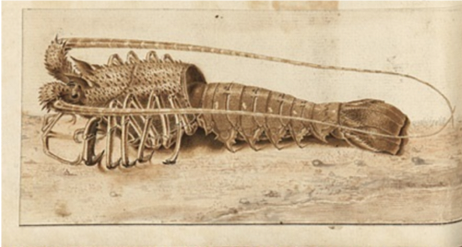 seems likely that Griffith initially worked on illustrating specimens for Pennant’s scientific publications: many of the pictures of birds and animals in the British Zoology bear his name. But he rapidly developed as an artist of landscapes and buildings, accompanying Pennant on his second tour of Scotland and the Hebrides in 1772 (he did not, as is often claimed, join the earlier 1769 tour), and thereafter providing a wealth of images for the Tours in Wales (1778-1783). His pictures became well-known through engravings used to illustrate these and other works by Pennant. 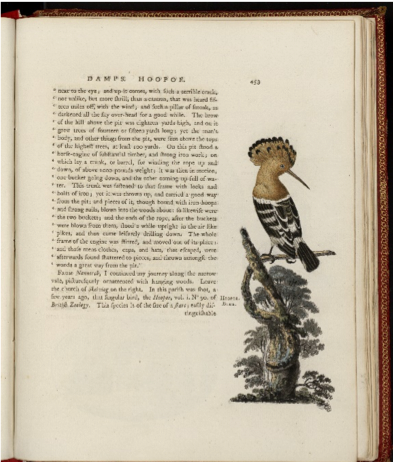 Much of Griffith’s best work, however, was only known to a relatively restricted group of contemporaries. He produced hundreds of delicate watercolours and vignettes for the beautiful extra-illustrated editions of the Welsh and Scottish tours produced by Pennant and his family at Downing; he also did commissions for similar work for

Pennant’s friends, particularly the English M.P. Richard Bull. The Pennant-Bull correspondence (which will be available in an on-line edition by the end of 2018) offers many insights into the complex processes behind the creation of these volumes. After Thomas Pennant’s death in 1798, Moses Griffith continued to work for the family, producing a series of some 200 water-colours of Welsh scenes between 1805 and 1813; he also drew portraits. He married Margaret Jones of Whitford, Holywell in 1781, and they had two children.

Much of Moses Griffith’s work is held at the National Library of Wales, Aberystwyth, and can now be viewed online through their digital collections:

The Extra-Illustrated Tours of Wales

The Extra-Illustrated Tours of Scotland have been digitized by the National Library can be viewed by searching the main catalogue.

Some of Griffith’s natural history drawings are displayed in an online exhibition by the Linda Hall Library (Missouri) and can be viewed here.

A visit to Trygarn is described in a blog by the artist Peter Stevenson here.

Ffion Jones identifies ‘the lad from Baron Hill’ in her blog here.

Note: A selection of watercolours by Moses Griffith is on display until December 2018 in the Hengwrt Room, National Library of Wales, Aberystwyth, as part of the Centennial Exhibition of Mostyn Manuscripts.