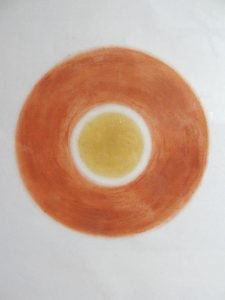 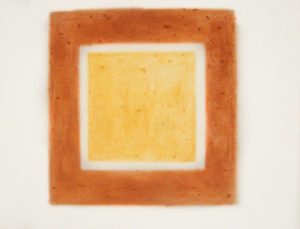 Continuing with my chosen place, Dinas Emrys in Nantgwynant, and following on from my small ‘Book of Earths’ using the earths collected from the land, I made two larger drawings based on the circular Pool, and the Tower, both places which play an important part in this legend.

I decided to refresh my memory of the Sygun Copper mine which I had visited only once many years ago and hadn’t realized how much water is constantly running throughout the mines. The leaching of the minerals within the depths of these caverns gives rise to rich red pools. 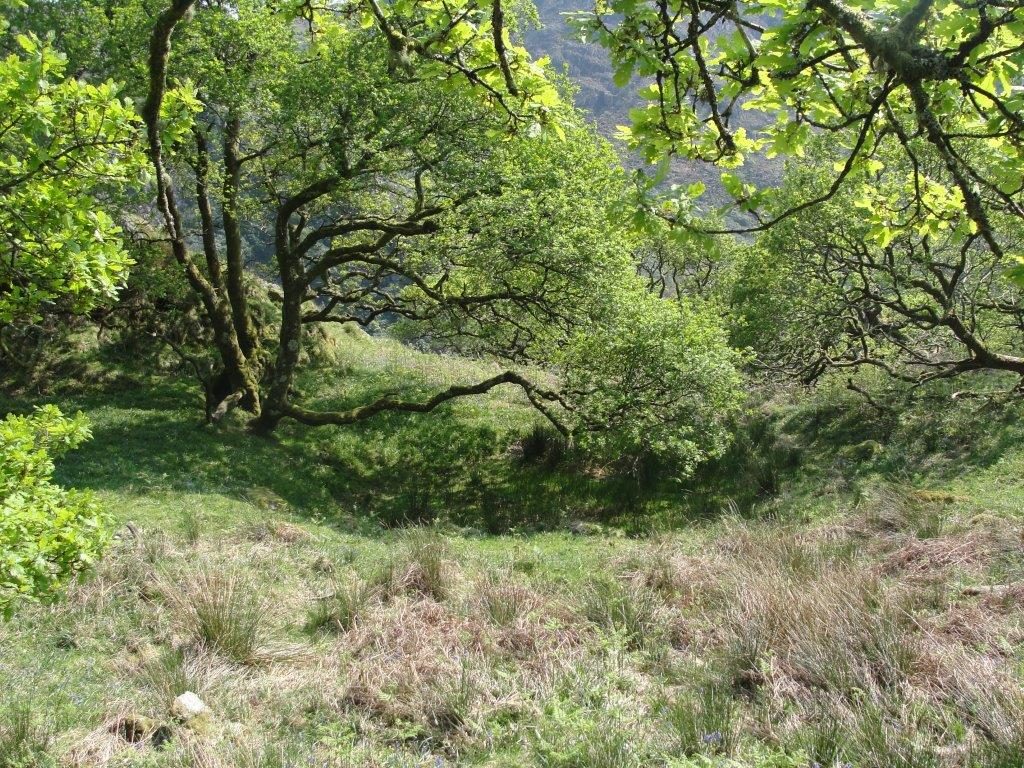 Returning to the site of the hill fort and more specifically to the pool that still exists below the tower foundations, I found myself unable to stop thinking of the connections between the legend of the red and white dragons fighting and the geological colours of the land. The red pools in the depths of the copper mines and the strong white quartz veins that run through as tributaries within the rocks, became the source of the sculptural idea to express my response to this place. 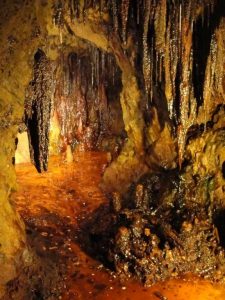 The pool or cistern, as it is called, lies within a hollow on the hill fort and it is possible that it had a particular status or numinous quality, a pagan shrine or a place of inaugural ritual. Bowls, being the first form made by humans, were not uncommon within the process of such rituals and it is a form that has become a strong element of my work. I decided to work with this one form and to express the two energies of the Welsh (Britons) and the English (Saxons) that, according to legend still lie beneath the pool. 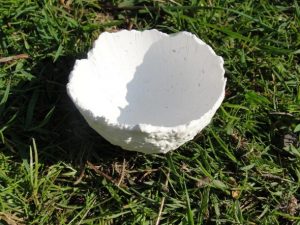 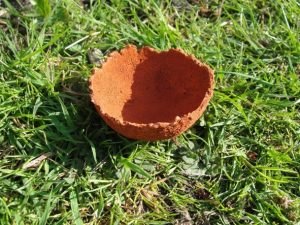 Working with the different earth pigments found in the area, the installation ‘Y Pwll’ was created. 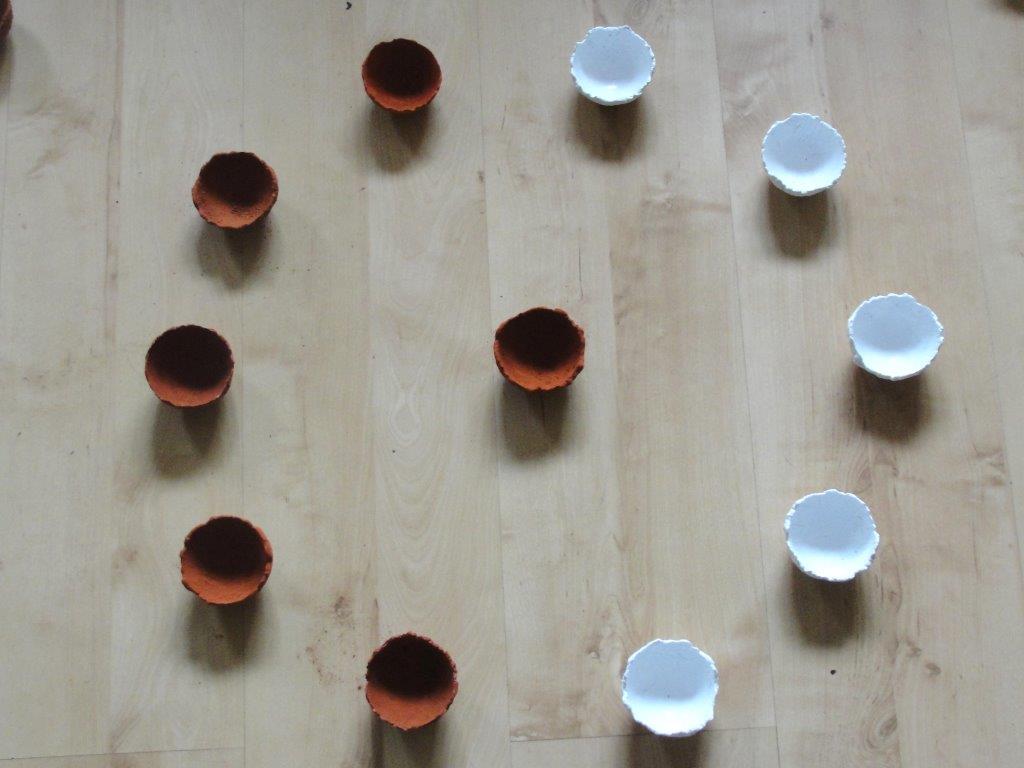 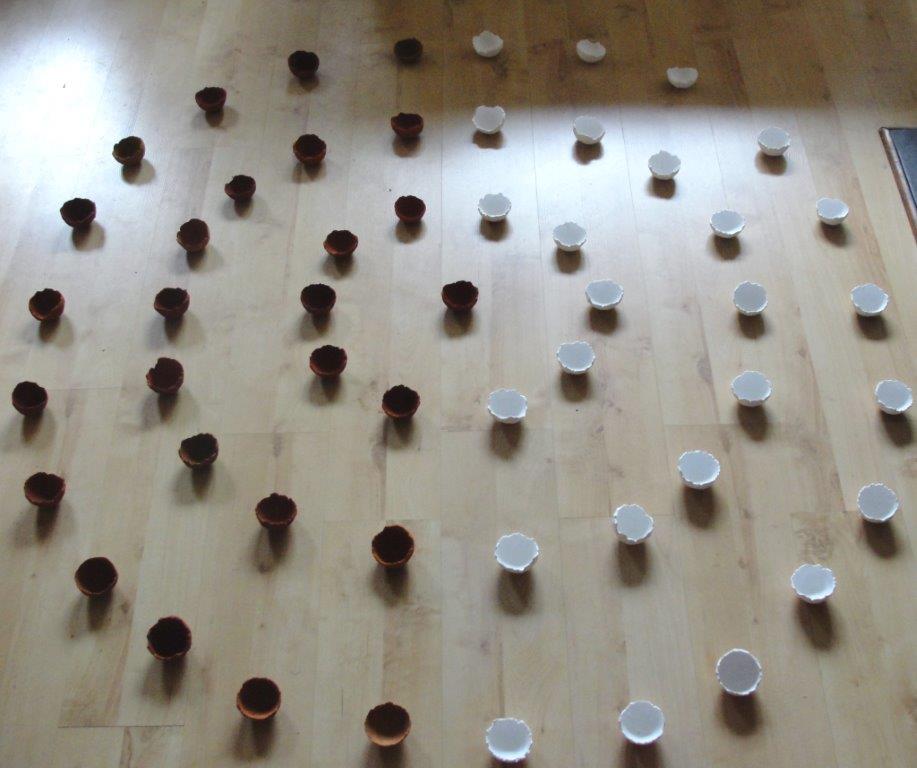 “The boy, Merlin, prophesied that the Britons would rise again and push the Saxons back”.